14.5 MB
Download
This version has not been reviewed by our moderation staff and may not be safe for download.

This is the largest update to the plugin to date, accomplishing a long time goal that makes life of network admins a lot easier (more on that down below). Here is a release trailer to get you hyped up:

Existing configurations should work after updating to this version, here is Migration guide to Version 5

Extra special thanks to Beta testers who have ensured that the release goes smoothly. I would also like to thank Vankka, aidn5, Aurelien, yukieji & qsefthuopq for their contributions that are released in this update & mibby for allowing me to use Plan of his server for promotional materials. 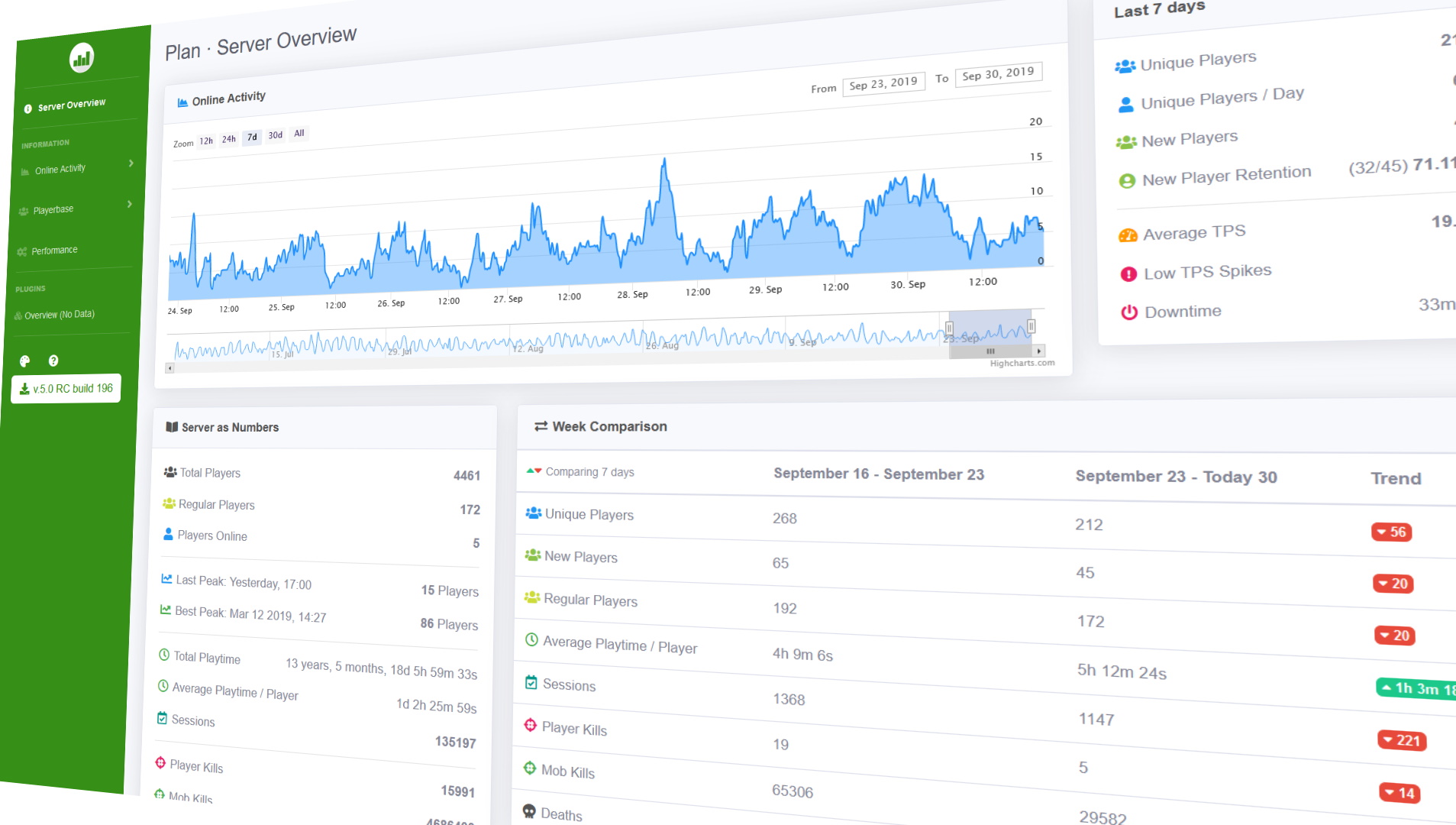 The panel has had a complete overhaul.

Benefits from the redesign:

Activity index formula was rewritten to be easier to explain and understand. It is based on playtime per week for last 3 weeks, where the threshold value in the config affects the activity index.

Here is an image of the curve where y is the activity index and x is playtime per week divided by threshold.

Here are some new features that are introduced with the panel redesign. 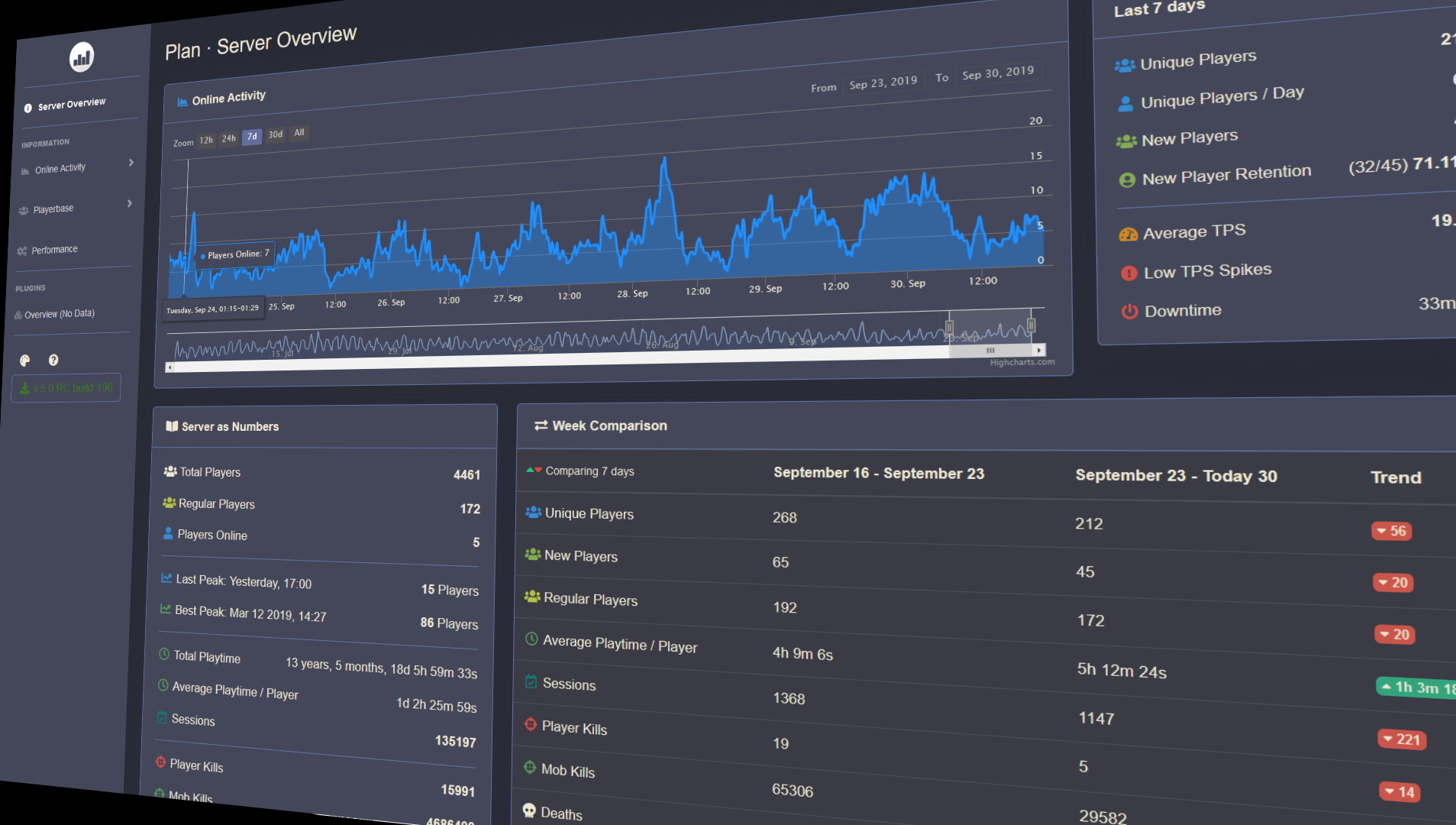 Night mode can be toggled from the theme selector. 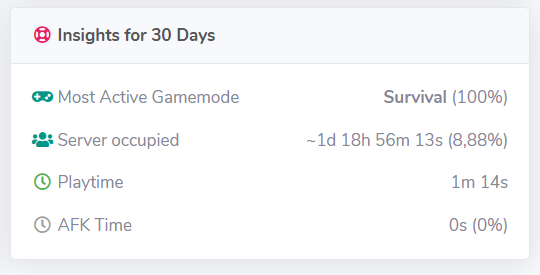 Server Health has been split into Trends (little red & green arrows on the panel), and Insights that attempt to uncover more knowledge from the data.

Insights and Trends have been placed closer to the related section to give a better overview. 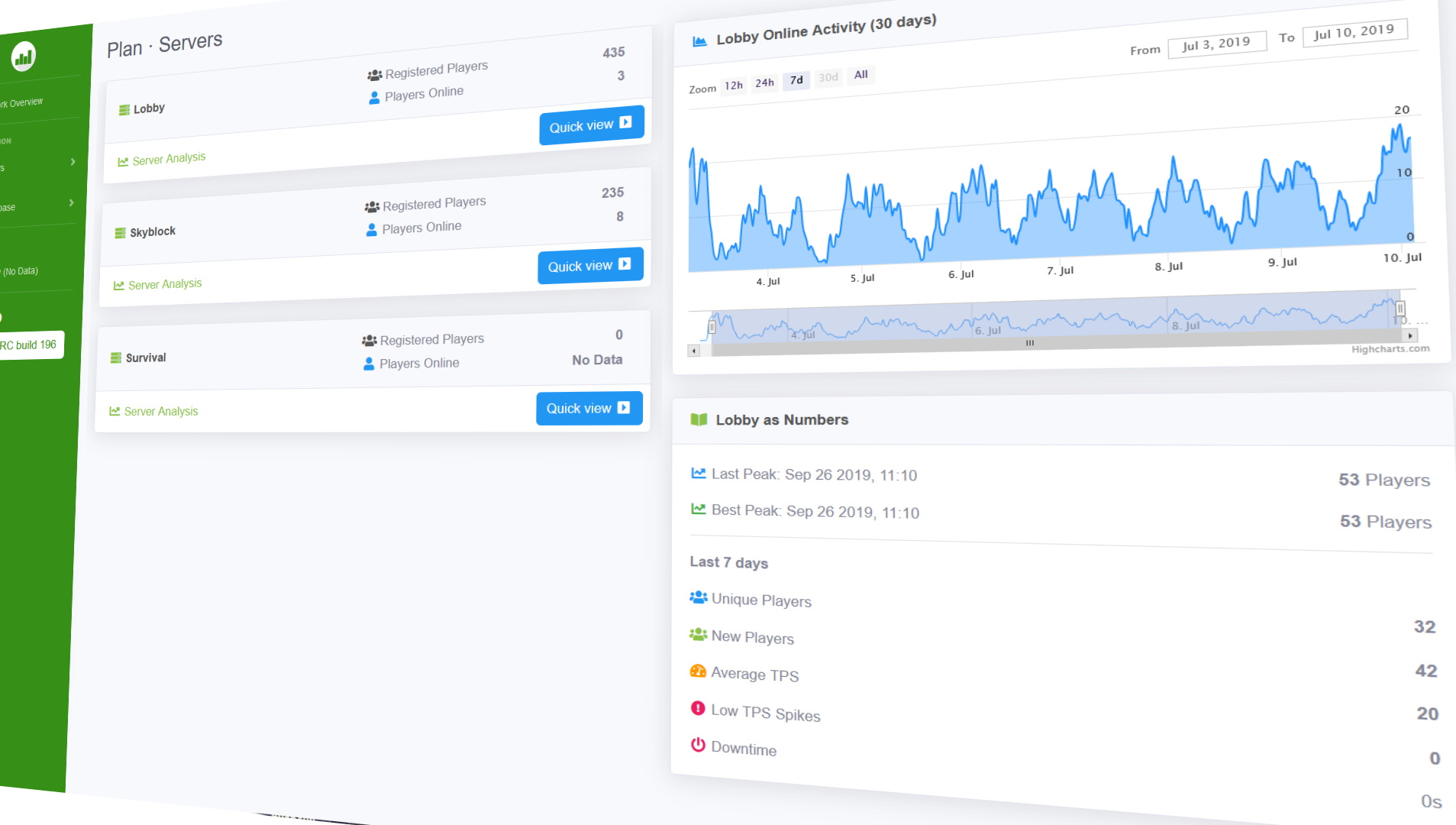 You can now view the last 7 days for a server without going to Server Analysis. Mant more features from Server pages are also now available for the whole network, such as the Day by Day graph (Unique & New players / Day)

Set-up on Bungee has been a large hurdle for many due to the Webserver being required on all servers - No more! The proxy<->server connection system has been removed, marking a long term goal complete.

Now you can easily set-up more servers on Bungee & Velocity networks just by connecting them to the same MySQL. Their webserver will disable automatically after a reload when the proxy is detected in the database, saving resources.

Pages of the whole network can now be exported on the Bungeecord or Velocity servers on networks. The system was refactored to be easier to maintain in the future.

API version 4 (PlanAPI class & related classes) have been deprecated, but have not moved.

The previous semantic versioning has been very non-semantic - so the main benefit of knowing when things break has not really been there.

With the incrementation of major (4 -> 5) it is clear that the version contains breaking changes (For other plugins).

I want to convey useful information to both developers and users alike, so this version is 5.0 ALPHA build 1

major will change when Plan API (currently version 5) has breaking changes & needs new documentation.
minor will change when new features are introduced.
build will increase with every commit, such as bugfixes and other improvements.

Would you like to support the project more? Consider donating on Paypal